For each and every match a fan interacts on the points earned calculation will be as follows:

Fanzword offers different prizes for top fans, but prizes differ from the league or tournament.

Check this section regularly to stay updated with the prizes offered for different leagues or tournaments.

The leagues for which we will be offering prizes for Season 2021/2022 are as follows:

Prizes by league or tournament:

*Prizes for more competitions will be announced here soon!

The 5 Big Leagues are now on Fanzword, more to come! 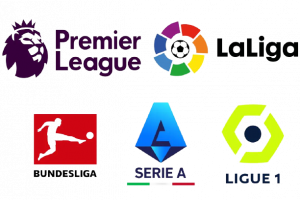